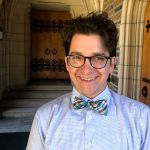 Jonathan Homrighausen, a doctoral student in Hebrew Bible at Duke University, writes and researches at the intersection of Hebrew Bible, calligraphic art, and scribal craft. His writings on the subject have appeared in Religion and the Arts, Image, Teaching Theology and Religion, Transpositions, and Visual Commentary on Scripture; more recently, he curated a virtual exhibit, Visual Music: Calligraphy & Sacred Texts, for the Luce Center for the Arts & Religion at Wesley Theological Seminary. He is currently teaching in Judaic Studies at the College of William & Mary, and preparing a dissertation on the ritual, metaphorical, and material significance of writing in the Book of Esther and its reception. 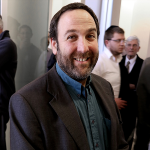 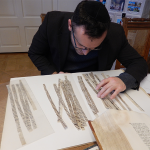 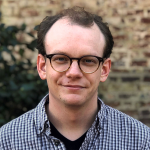 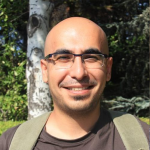 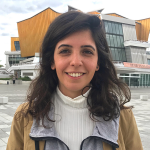 Yael Attia is in her second year as a doctoral fellow at the research training group minor cosmopolitanisms, at the University of Potsdam. Her current research project seeks to trace the constitutive role of Jewish colonial experience in North Africa as formative to Modern Jewish political thinking, as it emerged in a series of Francophone intellectuals: Helene Cixous, Jacques Derrida, and Albert Memmi. She also hosts the podcast of the Ph.D. program: minor constellations. For many years, Yael has worked in Jewish museums in Israel and Germany.