The Life and Death of a Town Called Buczacz: What do we Learn from a Local History of the Holocaust?"

This event will be held online, preregistration is required:
https://duke.zoom.us/meeting/register/tJwpdu-orTwpEte0UcQTf8V8oEnjG2-J-…

Born in Israel and educated at Tel Aviv University and St. Antony's College, Oxford, Omer Bartov's early research concerned the Nazi indoctrination of the Wehrmacht and the crimes it committed in World War II, analyzed in his books, The Eastern Front, 1941-1945 (1985), and Hitler's Army (1991). He then turned to the links between total war and genocide, discussed in his books Murder in Our Midst (1996), Mirrors of Destruction (2000), and Germany's War and the Holocaust (2003). Bartov's interest in representation also led to his study, The "Jew" in Cinema (2005), which examines the recycling of antisemitic stereotypes in film. His more recent work has focused on interethnic relations in the borderlands of Eastern Europe. His book Erased: Vanishing Traces of Jewish Galicia in Present-Day Ukraine (2007), investigates the politics of memory in West Ukraine. Bartov has just completed a new monograph, Tales from the Borderlands: Making and Unmaking the Galician Past, forthcoming in 2022. His many edited volumes include Shatterzone of Empires: Coexistence and Violence in the German, Habsburg, Russian, and Ottoman Borderlands (2013), Voices on War and Genocide: Three Accounts of the World Wars in a Galician Town (2020) and, reflecting his new interest, Israel-Palestine: Lands and Peoples (2021).

END_OF_DOCUMENT_TOKEN_TO_BE_REPLACED 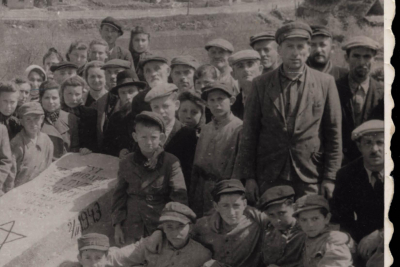