The Lost Archive: Traces of a Caliphate in a Cairo Synagogue

The Convivencia Lecture Series welcomes Marina Rustow, Khedouri A. Zilkha Professor of Jewish Civilization in the Near East at Princeton University, to discuss her book, "The Lost Archive: Traces of a Caliphate in a Cairo Synagogue."


Marina Rustow is an American historian and the Khedouri A. Zilkha Professor of Jewish Civilization in the Near East at Princeton University. She is a 2015 MacArthur Fellow. Her work focuses on the study of Judeo-Arabic documents found in the Cairo geniza and the history of Jews in the Fatimid Caliphate. Rustow received a B.A. (1990) from Yale University and two master's degrees (1998), an M.Phil. (1999), and a Ph.D. (2004) from Columbia University. She taught at Emory University (2003-2010) and Johns Hopkins University (2010-2015) prior to joining the faculty of Princeton University, where she is currently a professor in the Departments of Near Eastern Studies and History and director of the Princeton Geniza Lab. She is the co-editor of Jewish Studies at the Crossroads of Anthropology and History: Authority, Diaspora, Tradition (2011) and has published scholarly articles in such journals as Past & Present, Jewish History, al-Qantara, Mamlūk Studies Review, and Ginzei Qedem: Geniza Research Annual.

END_OF_DOCUMENT_TOKEN_TO_BE_REPLACED 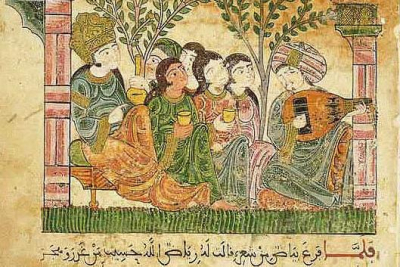