The North Carolina Jewish Studies Seminar welcomes Eli Sperling who will discuss his paper on "The Jewish National Fund: Land Purchases in Palestine, Fundraising in America, and Hebrew Musical Culture."

Eli Sperling has traveled and conducted research extensively throughout the Middle East, spending significant periods of time in Israel, Cairo and the Sinai Peninsula. He holds an MA in Middle Eastern history from Tel Aviv University and received his PhD from Ben-Gurion University of the Negev in September 2019. From 2012-2020, Eli served as the Senior Academic Research Coordinator at Emory University's Institute for the Study of Modern Israel, where he also taught as a guest lecturer at the Tam Institute for Jewish Studies in 2019-2020. His current research focuses on the proliferation and use of Hebrew music from Palestine in the American Jewish community between in the pre-1948 period. He investigates how this music played a role in a greater process through which varying aspects of Zionist though, engagement and national culture became enmeshed in American Jewish life. Since June 2020, Eli has served as a Postdoctoral Associate in Duke University's Department of Asian and Middle Eastern Studies and Center for Jewish studies. 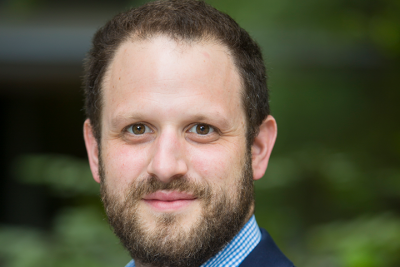