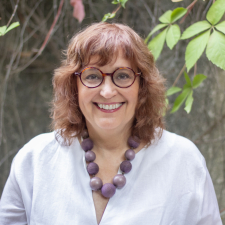 Dr. Orit Rozin is Associate Professor in the Department of Jewish History at Tel Aviv University. Her research interests span the social, legal, and cultural history of modern Israel. Rozin has published on Israeli citizenship, legislation and jurisprudence, immigration, gender issues, family life and Zionist propaganda films . Most recently she has published articles assessing Israel's political and security problems from the perspective of the history of emotions.

Her book, The Rise of the Individual in 1950s Israel: A Challenge to Collectivism (2011), was published by Brandeis University Press. The Hebrew version of the book, published in 2008  received the Association for Israel Studies' Shapiro best book award in 2009.

Her recent book A Home for all Jews: Citizenship, Rights and National Identity in the New Israeli State was published by Brandeis University Press 2016. It was the runner-up for the 2018 Jordan Schnitzer award from the Association for Jewish Studies. Rozin is currently completing a book titled The Fashioning of the Israeli Emotional Regime and the Arab-Israeli Conflict. 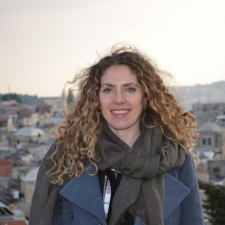 Karen B. Stern is Professor of History at Brooklyn College of City University of New York. She conducts research across disciplines of history, archaeology, classics, and religion and teaches courses on Mediterranean cultural history, Jewish history and archaeology, and the history of religion through the senses. Media outlets, including the Daily Beast, Atlas Obscura, NPR, the British Guardian, Ha'aretz, and Chinese CCTV have featured her work; she has served as an invited and keynote lecturer at universities and institutions around the world.

Professor Stern’s second book, “Writing on the Wall: Graffiti and the Forgotten Jews of Antiquity” (Princeton University Press 2018) won the Jordan Schnitzer Book Award in 2020 (Category: Jews and the Arts) from the Association for Jewish Studies. Her current book project considers the daily lives of Jews in antiquity. 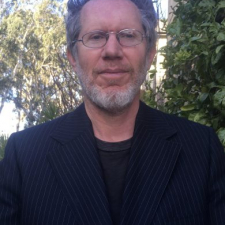 Nathaniel Deutsch is professor of History at the University of California, Santa Cruz, where he holds the Baumgarten Chair in Jewish Studies. He is the author of numerous books, including—among others—The Maiden of Ludmir: A Jewish Holy Woman and Her World, Inventing America's "Worst" Family: Eugenics, Islam, and the Fall and Rise of the Tribe of Ishmael, The Jewish Dark Continent: Life and Death in the Russian Pale of Settlement, for which he received a Guggenheim Fellowship and which won a Jordan Schnitzer Book Award from the Association for Jewish Studies, and, with Michael Casper, A Fortress in Brooklyn: Race, Real Estate, and the Making of Hasidic Brooklyn, which won a National Jewish Book Award. 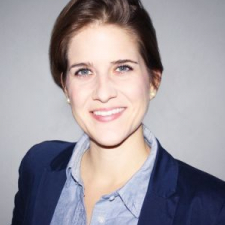 Teresa Walch is a historian of modern Europe and modern Germany with research and teaching interests in social and cultural history, urban history and urbanism, human geography, Holocaust studies, and world and transnational history. She is an assistant professor of modern European history at the University of North Carolina at Greensboro.  Walch received an MA (2015) and PhD (2018) in modern European history from the University of California, San Diego with minors in urban history and global history. She was a postdoctoral fellow at Hebrew University's Franz Rosenzweig Minerva Research Center (2018-19) and a Zvi Yavetz postdoctoral fellow at Tel Aviv University and a visiting fellow of the Stephen Roth Institute for the Study of Contemporary Antisemitism and Racism (2019-20).

Her current research examines the politics of space and place in modern Germany. Her present book manuscript, Degenerate Spaces: The Coordination of Space in Nazi Germany, investigates the relationship between Nazi ideology and spatial practices between 1933-1945. She argues that Nazism itself should be understood as a spatial project to make Germany judenrein and that antisemitic notions of a Germany infected by Jews immediately and forcefully inspired efforts to “cleanse” spaces of Jews and Jewish influences, instigating property confiscations and vandalization, urban renewal projects, and segregation policies.  Her research has been supported by grants from multiple institutions, including the German Academic Exchange Service (DAAD), the Fulbright Program, the Fritz Thyssen Foundation, the USC Shoah Foundation, and the German Historical Institute.

Professor Laura Jockusch's research and teaching interests include 20th-century European Jewish history; history, historiography, and memory of Nazi Germany and the Holocaust; and the history of Holocaust survivors and the rebuilding of Jewish life in the postwar era. Professor Jockusch's current research projects examine Jewish conceptions of retributive justice after the Holocaust and explore Jewish involvement in Nazi war crime trials and ideas and manifestations of revenge during and after the Holocaust. She is on the editorial board of Revue d'histoire de la Shoah and Polin: Studies in Polish Jewry and a member of the Academic Committee of the United States Holocaust Memorial Museum.

Professor Jockusch's publications include her book, Collect and Record! Jewish Holocaust Documentation in Early Postwar Europe (winner of the National Jewish Book Award for Holocaust and co-winner of the German Studies Association's Sybil Halpern Milton Prize for the Best Book Dealing with Nazi Germany and the Holocaust); the edited volumes, Jewish Honor Courts: Revenge, Retribution and Reconciliation in Europe and Israel after the Holocaust (with Gabriel Finder; finalist of the National Jewish Book Award for Holocaust); Revenge, Retribution, Reconciliation: Justice and Emotions between Conflict and Mediation, a Cross-Disciplinary Anthology, with Andreas Kraft and Kim Wünschmann; and most recently, the critical edition of historical documents, Khurbn-Forshung: Documents on Early Holocaust Research in Postwar Poland [Archive of Jewish History and Culture 6]. 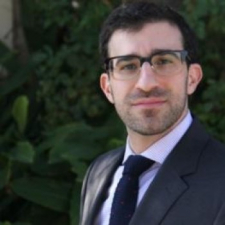 Joshua Teplitsky is the Joseph Meyerhoff Associate Professor of Modern Jewish History. He studies the history of Jewish life in early modern Central Europe, with an eye both to the particularities of Jewish experience and the wider contexts of Jewish-Christian interaction, minority experience, and what the history of minorities reveals about majority culture.

His first book, Prince of the Press: How One Collector Built History’s Most Enduring and Remarkable Jewish Library (Yale, 2019), explored the history of an early eighteenth-century Jewish book collector, with an eye to the history of material texts, the history of collecting, and the cultures of learning and power in which his library was formed. The book was awarded the Salo Baron Prize of the American Academy for Jewish Research for best first book in Jewish Studies in 2019, the 2020 Jordan Schnitzer Book Award of the Association for Jewish Studies, and was a finalist for the National Jewish Book Award.

Teplitsky received his PhD from NYU in 2012, and has held fellowships at the University of Oxford, the Rare Book School at the University of Virginia, at Harvard University, Tel Aviv University, and the Yad Hanadiv/Beracha Foundation Programme at the National Library of Israel. In addition, he has twice been a fellow at Penn’s Herbert D. Katz Center for Advanced Judaic Studies.

He is as co-director (alongside Michelle Chesner of Columbia University, Marjorie Lehman of the Jewish Theological Seminar of America, and Adam Shear of the University of Pittsburgh) of the digital humanities project Footprints: Jewish Books Through Time and Place, an ongoing collaborative research project that reconstructs the history of Jewish books-in-motion from the invention of print through their contemporary provenance. He also serves as an associate editor of the Encyclopedia of Jewish Book Cultures Online and on the editorial board of the German Jewish Cultures monograph series.

In 2022 he published an edited volume entitled Be Fruitful! The Etrog in Jewish Art, Culture, and History (Mineged Press), with Sharon Liberman Mintz and Warren Klein.

He is currently at work on a second monograph, provisionally titled Quarantine in the Prague Ghetto: Jews, Christians, and the Plague in Early Modern Europe. The book reconstructs a six-month plague epidemic in the city of Prague in the early eighteenth century, and uses the event as a window into examining Jewish life in the context of the wider city, exploring medical, religious, economic, and social life through the prism of crisis. 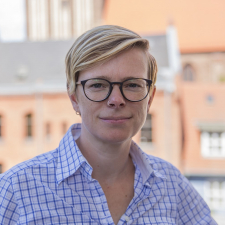 Cordelia Hess, professor of Nordic History and speaker of the Interdisciplinary Center for Baltic Sea Region Research (Ifzo). PhD Hamburg University 2008, postdoc Stockholm 2009-2012, fellow at the Royal Swedish Academy of Letters, History and Antiquities 2012-2016, associate professor University of Gothenburg 2016-2017. Research interests: cultural and religious history of the Nordic Countries with a focus on the Late Middle Ages, antisemitism in a long term historical perspective, saints and sainthood. Her latest publications are The Medieval Archive of Antisemitism in Nineteenth-Century Sweden (2021), The Absent Jews. Kurt Forstreuter and the Historiography of Medieval Prussia (2017), and edited together with Jonathan Adams, Antisemitism in the North (2020) and The Medieval Roots of Antisemitism (2018). 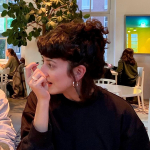 Erika Mejia is a third year PhD student in the Department of Hebrew Literature at the Hebrew University of Jerusalem, where she focuses on the history and practice of translation in Modern Hebrew literature. Her dissertation will explore Spanish to Hebrew translation through the oeuvre of Federico García Lorca, with a particular emphasis on the import of foreign poetic forms into a Jewish context and the quest for stability in the practice of translation. Her interests include translation theory and hermeneutics, literary reception, and canon formation. 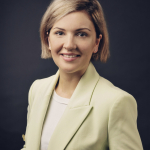 Joanna Spyra is a PhD candidate in Jewish history at the University of Bergen, Norway. Her doctoral project explores different Jewish health care organizations and the relationship between ethnicity and philanthropy in interwar Argentina. Her research is situated at the intersection of migration history, minority studies, and gender theory. Joanna graduated from Jagiellonian University and Cracow University of Economics, and most recently from Brandeis University where she received a master’s degree in Jewish Professional Leadership and Near Eastern and Judaic Studies.