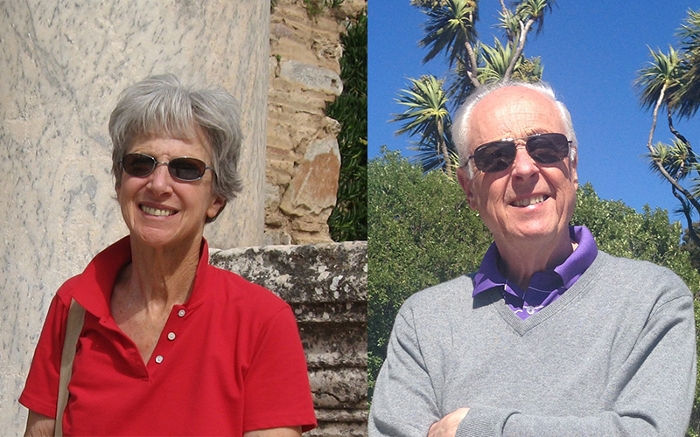 Carol Meyers' research on women in ancient Israel and the Near East, as well as Eric Meyers' studies on Galilean synagogues have broken new ground in research and are now widely regarded as classics in their respective fields.

It is a particular honour to welcome Carol and Eric Meyers in Leiden between April 13 and 30, even more so as they will be giving lectures and a workshop during their stay.

Carol and Eric Meyers' visit is sponsored by the Leiden University Faculty of Humanities (LUCAS, LUIH) via the chair for the History and Culture of Ancient Judaism and Ancient Christianity (Prof. Dr. Jürgen K. Zangenberg).

More information, and the original post, can be found at: https://www.universiteitleiden.nl/en/events/2016/series/profs.-drs.-carol-and-eric-m.-meyers-on-teaching-and-research-visit-in-leiden