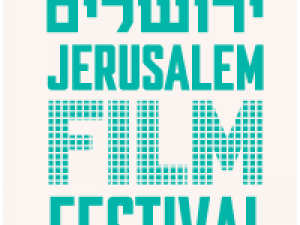 The Duke Center for Jewish Studies is pleased to be co-sponsoring the Second International Conference on Israeli Documentary Cinema at the 30th Jerusalem International Film Festival with the help of faculty member Shai Ginsburg.The 30th anniversary of the Jerusalem International Film Festival is also an opportunity to celebrate the remarkable achievements of Israeli documentary cinema. Within this framework, we would like think jointly, academics and filmmakers, of one of the key questions that preoccupy us at the… read more about Duke CJS to Co-Sponsor 2nd International Conference on Israeli Documentary Cinema » 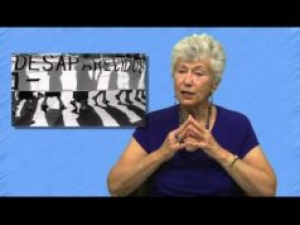 Learn more about our exciting first-year seminar (89S) on Jewish-American Literature, taught by literature scholar Judith Ruderman.  The course begins in NYC in the late 19th-century, and through fiction and film explores the immigrant experience.  The course then looks at both the suburban experience, and explores attitudes and issues concerning the state of Israel; and finally ends with authors writing about college students - both contemporary, as well as those who were silenced during the Argentinian Dirty War of the… read more about Jewish-American Literature - Learn More This Fall! » 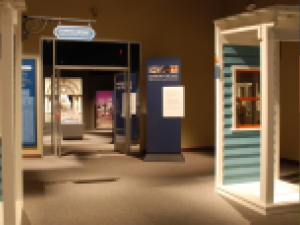 The Duke Center for Jewish Studies, in connection with the Jewish Heritage Foundation of North Carolina (JHFNC) is happy to announce the birth of Down Home: A Virtual Museum on its web site: http://sites.duke.edu/downhome. While hundreds of thousands of North Carolinians saw the exhibit in person at one of its several venues, Raleigh, Charlotte, or Wilmington, mounting our interactive site means that Down Home will live on for many years to come on the internet. All of the images are taken either from the original… read more about Down Home: A Digital Exhibit Goes Live »

Laura Lieber to present at IIJS

Laura Lieber, Assistant Director of the Duke Center for Jewish Studies and Associate Professor of Religion, will be presenting her paper "Balak on the Liturgical Stage" this weekend at the Columbia University Institute for Israel and Jewish Studies at a conference titled "The Past - and Present - of Jewish Storytelling."  The event promises a dynamic discussion of narrative, ancient and modern storytelling, in the Jewish tradition; bringing together writers and academics.     Other speakers and scholars include Robert… read more about Laura Lieber to present at IIJS »

Next seminar April 30 with Louise and Dieter Hecht

The final Jewish Studies Seminar of 2012-2013 will meet Tuesday April 30. Our guests will be Louise Hecht, Palacky University, Olmutz, and Dieter Hecht of the Center for Jewish Studies at the University of Graz. They will lead a discussion on ”The Haskalah in Bohemia and Moravia: a gendered perspective,” and “Everybody’s Darling: Nobody’s Concern: Jewish [...] read more about Next seminar April 30 with Louise and Dieter Hecht »

The next meeting of the Jewish Studies Seminar is Sunday, April 7, 2013. Our guest speaker is Gail Sherman, Professor of English and Humanities, Reed College. She will lead a discussion on “Paradox, Not Orthodox, Jews: The Jewish-American Fiction of Joanne Greenberg.” paper available   JSS – Sherman read more about Next seminar April 7 with Prof. Gail Sherman » 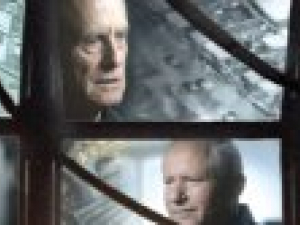 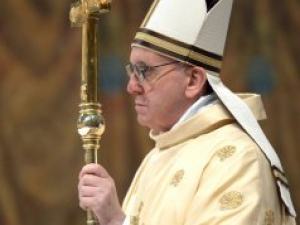 Why Jews Don't Elect a Pope, and What Might Happen if They Did

By Shalom Goldman,While the world’s 1.2 billion Catholics eagerly awaited the decision of the Cardinals who were sequestered in the Sistine Chapel, members of the world’s other religions, among them many of the world’s 14 million Jews, were also closely following developments in Rome. But as is often the case, there was no Jewish consensus on this issue, or on any other. As the well-known maxim has it,  “one Jew, three opinions.”Behind the differences between Catholic and Jewish approaches to consensus is some difficult… read more about Why Jews Don't Elect a Pope, and What Might Happen if They Did » 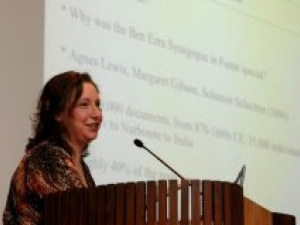 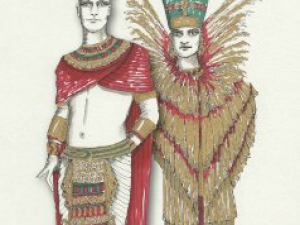 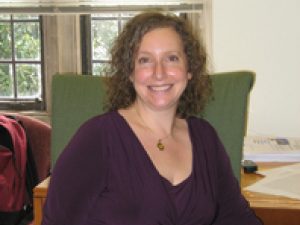 The next meeting of the Jewish Studies Seminar is Sunday, February 24, 2013. Our guest speaker is Marsha Rozenblit, Harvey M. Meyerhoff Professor of Jewish History at the University of Maryland. She will lead a discussion on “Jews and Other Germans: The Case of Moravia, 1848-1938.” paper available  JSS – Rozenblit read more about Next seminar Feb. 24 with Prof. Marsha Rozenblit »

The next meeting of the Jewish Studies Seminar is January 27. Our guest will be Dr. Zohar Maor of the Department of History, Bar-Ilan University. He will lead a discussion on “Max Brod: Identity and Hybridity.” paper available       JSS – max brod final read more about Next seminar January 27 with Dr. Zohar Maor » 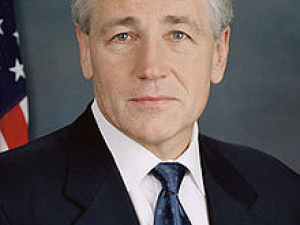 A Bagel with Hagel? Not If You Are an American Jewish “Leader” 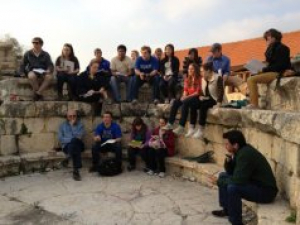 Since its nineteenth century beginnings, archaeology in the Holy Land has been driven by the desire to illuminate, even to verify, Jewish and Christian scripture. At the same time, western expeditions and excavations served to further colonial interests in the exotic Orient. Both of these motivations—the religious and the political—persist although their specific manifestations have shifted over the course of more than a century of research. This course is designed to introduce the student to some of the major… read more about 2013 Holy Land Archaeology Blog » 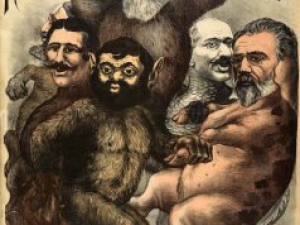 "A Mockery of Justice: Caricature and the Dreyfus Affair" Exhibit Opens 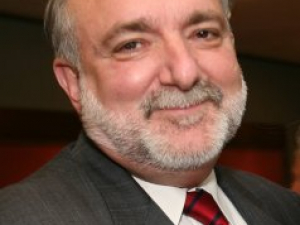 Our guest will be Rabbi Professor David Ellenson, President and I. H. and Anna Grancell Professor of Jewish Religious Thought at Hebrew Union College - Jewish Institute of Religion.   He will lead a discussion on "National Sovereignty, Jewish Identity and the 'Sake of Heaven': The Impact of Residence in Israel on Halakhic Rulings on Conversion" paper available   JSS – Ellenson read more about CANCELLED – seminar December 9 with Professor David Ellenson »

Fraade and Boyd: There May Never Be a Winner, But We Are All Losing November 21, 2012         by STEVEN BOYD and RACHEL FRAADE for ISLAMiCommentary on NOVEMBER 20, 2012:The two people who came together to write this column are very different. One of us is a male, the other is female. One is from the South, one from the North. One is Jewish, the other is an atheist. One has extremely close ties to Israel, and one has zero immediate ties to any nation in the Middle East. One is a member of… read more about Shalom Goldman's Students Are Finding Middle Ground »

The next meeting of the Jewish Studies Seminar will be Sunday, November 11. Our guest will be Prof. Shaul Magid, Jay and Jeannie Schottenstein Chair in Jewish Studies at Indiana University. He will lead a discussion on “Liberal Judaism, Christianity, and the Spector of Hasidisim.” paper available   JSS – Magid 2012-2013 Schedule November 11, Shaul Magid, [...] read more about Next seminar November 11 with Professor Shaul Magid » 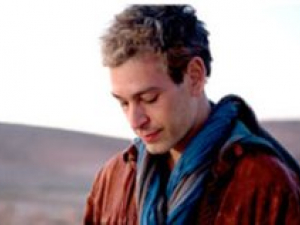 What does it mean to have religious lyrics in secular pop music? Scholars of religion have attempted to answer this question in a variety of ways. They have described the rock concert as a religious experience and sing-alongs as part of an age-old ritual of mantra recitation. Indeed, "The Boss" himself, Bruce Springsteen, speaks with a Christian inflection when he welcomes his audiences to the "Church of Rock N' Roll."In mid-August, we had the chance to think about this question in a new way when we listened to… read more about Matisyahu's Modern-Day Mantra » 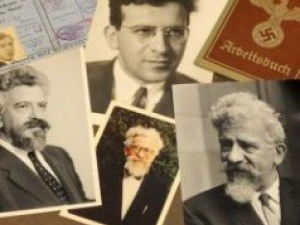 Elissa Lerner   September 24, 2012 On the surface, Duke’s recent acquisition of the collected documents of civil rights leader and theologian Rabbi Abraham Joshua Heschel is an academic and archival coup. The collection, which has never before been available to scholars, spans five decades and at least four languages, including notes and drafts for nearly all of Heschel’s published works, as well as intimate and extensive correspondence with some of the leading religious figures of his time. But scratch… read more about Archival Reunion » 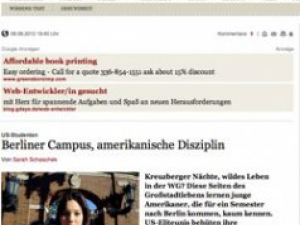 German Ink for Duke in Berlin

Durham, NC - The Duke in Berlin program offered by the Germanic Languages and Literature department got some high-profile attention this summer in Germany. It was the subject of a feature story in Der Tagesspiegel, one of Berlin's most well-respected newspapers. It paints the picture of a program that gives Duke students a true, real-world experience through both classroom work and involvement in clubs, internships and initiatives that immerse students in the community.A translation of the article follows:By Sarah… read more about German Ink for Duke in Berlin » 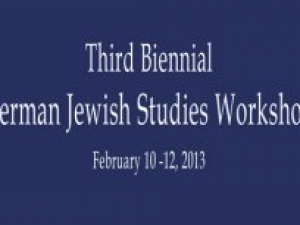 It is our pleasure to announce that the Third Biennial Duke Workshop in German Jewish Studies will take place from Sunday, February 10, 2013 until Tuesday, February 12, 2013 in Durham, NC at the King's Daughters Inn (near the Duke East Campus) and in part on campus. We welcome two kinds of proposals: 1) A 10 minute research briefing on your most recent work in the area of German Jewish Studies. Designed to start conversation early in the project and receive input and commentary. 2) A 15-20 minute "conference" talk that… read more about German-Jewish Studies Workshop 2013 » 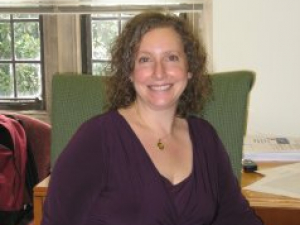 What Is “Flipping the Classroom” and Who Is Doing It? By Andrea Novicki On September 27, 2012 · Leave a Comment · In Blog, Teaching Strategies   The flipped classroom – everyone is talking about it, but what exactly does it mean? Derek Bruff, in his Flipped Classroom FAQ defines the flipped classroom as a teaching approach in which students get a first exposure to course content before class through readings or videos, then spend class time deepening their understanding of that content through… read more about Assistant Director Laura Lieber is "Flipping the Classroom" » 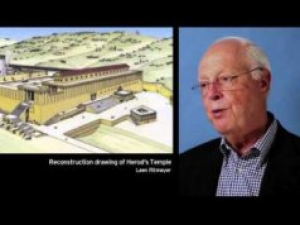 Duke University Professor, and Director of Jewish Studies, Eric Meyers says archaeology in Israel and Palestine can give context for biblical narratives. In his new book, "Alexander to Constantine," co-authored with Mark Chancey, Ph.D. '99, he argues that Hellenism gave Judaism, and later Christianity, a cultural vehicle for expressing the faiths to worldwide audiences.Watch his interview here:http://ondemand.duke.edu/video/33401/archaeology-of-the-holy-landLearn more (and purchase this title) at:http://yalepress.yale.… read more about Eric Meyers discusses his new book: "Alexander to Constantine" » 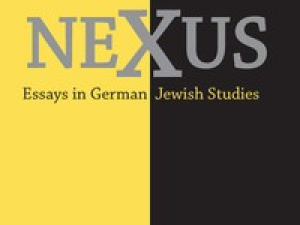 Nexus can be "expected to become a platform for important research"